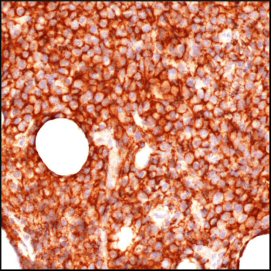 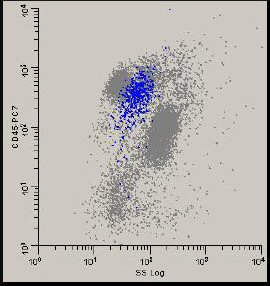 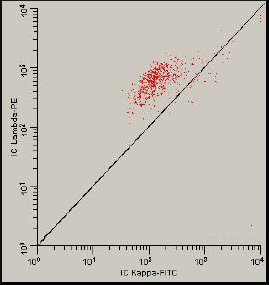 Fig 4. Tetrasomy 5, 9 and 5 with 4 copies each signal
Fig 5 Tetrasomy 17 with 4 copies of the p53 locus
Fig 6.BCL1/IGH rearrangement with two fusion signals (yellow) and duplicate copies of each of the CCND1 and IgH signals (red and green)

The current case is CD56 negative, but is clearly malignant based on morphologic and clinical criteria.

Roughly 75% of plasma cell myelomas demonstrate aberrant, strong expression of CD56, which supports a diagnosis of malignancy. In contrast, weak-intensity paraffin-based CD56 staining can be seen in benign plasma cell expansions and should not be over interpreted as evidence for plasma cell malignancy.